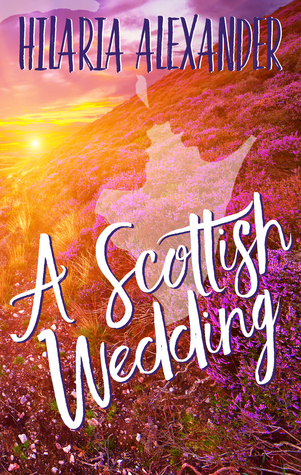 This is the sequel to Lost in Scotland and follows after Hugh has just proposed to Sam. The book details about thier relationship and the lead up to their wedding. Hugh surprises Sam with the cottage that they stay in, in the first book. A Lovely romantic gesture.

Sam and Hugh are balancing full work schedules while also getting used to living together. It’s great getting to see how they grow together as a couple but there are still a couple of insecurities that are left to deal with.

Sam and Hugh are having trouble figuring out when to have their wedding based on Hugh’s acting schedule and when he will be free. But they know that they want to get married sooner rather than later. Towards the end however there is a very ‘surprising’ wedding.

Overall, I did like this book but not as much as the first. The beginning of the story was filled with too much summarizing and repetition about events that took place in the first novel. I don’t like this kind of storytelling, especially when it’s in a sequel of a non-standalone book.