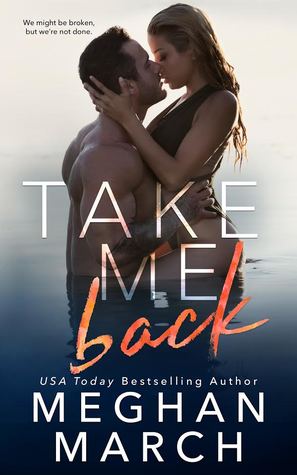 Title: Take Me Back

Dane and Kat have been married for two years now but instead of the happily ever after, after saying ‘I do’ they”re little more than polite strangers. So as a way to salvage their marriage, they go on a vacation similar to that of when they were first married. Both are keeping secrets from the other but both realise that this could be their last chance. This trip is to determine whether or not they are going to fight for their marriage or go their separate ways.

“We’ve got ten days to figure out if there’s still an us. I love you, Kat, but that doesn’t mean jack shit if we aren’t both willing to fight for this. You tell me on the flight home whether you’re in or you’re out. Deal?”

His ultimatum is no nonsense, the most Dane way he could handle it.

I swallow as my stomach flips and knots. “Deal,”I whisper.

Kat and Dane are working at reconnecting and spending time together on a small island in Belize. Dan and Kat are starting to find their happiness again when people from Dane’s past come to interfere. The story was filled with second chances, romance and suspense. Overall it was a great read but I just wanted a little more towards the ending.